The Middle East is a feared territory due to negative issues connected to them; although only a few brave souls visit this transcontinental region, we can’t deny the fact that it also has a lot to offer. The population in the Middle East is mostly consist of Arabs, and little are known about them except that they are 90% Muslims. The countries here may not be popular tourist destinations but they have a list of amazing but unusual places that most people don’t know anything about, read through the top 5. 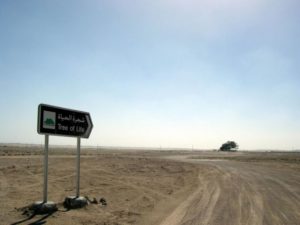 BAHRAIN’S TREE OF LIFE
This territory is well-known for their vast deserts, and Bahrain is not exempted, but somewhere in the middle of Bahrain’s sea of sand stands a 400-year old Prosopis cineraria tree. Even if there is no known source of water, the tree with many green leaves still continues to grow and even blossoms twice a year.

WADI EL HITAN, EGYPT
Wadi El Hitan is considered as the “Valley of Whales”, and is added to the list of UNESCO World Heritage. Who would expect to see fossils of giant sea animals in the desert? This paleontological site is home to over a hundred of whale fossils and other large marine animals like sharks, turtles, crocodiles and rays. The whale bones seen here have hind legs complete with feet and toes, giving rise to the theory that before they were ocean dwellers, they were once land inhabitants. 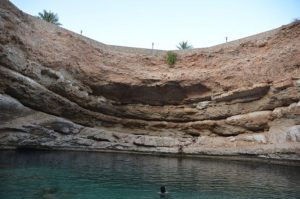 Bimmah sinkhole is a famous tourist spot for people who like to experience a refreshing dip in a turquoise natural pool. It was created when the roofing of this limestone cavern collapsed leading to a sinkhole, and since the area is close to the sea, water crept in and made a beautiful lake.

SOCOTRA ISLAND, YEMEN
No one can believe if we say the most alien looking place in the world is located in the Middle East, and it is home to plant species that are not seen anywhere else in the world. For a very long time, this little island was isolated to the whole world due to its remoteness, thus explaining why there are alien-looking trees and unique faunas only seen here. 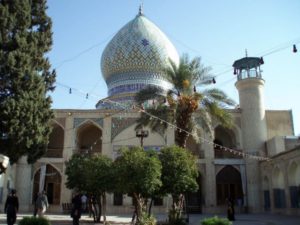 Shah-e-Cheragh is Persian for “King of Light” and the name is justifiable because when you step inside this giant structure, you will be welcomed with sparkling interior made of glittery glasses. This mausoleum is home to the tomb of the brothers Amir Ahmad and Mir Muhammad, the outside design, although intricate, will not prepare you to the breathtaking and sparkling interior.